Cannabinoids like cannabidiol (CBD), tetrahydrocannabinol (THC), cannabidiol (CBG), and others are often the focus of discussions about the therapeutic potential of the cannabis plant.

Cannabinoids aren’t the only powerful medicinal compounds in Cannabis; terpenes also possess powerful potential healing properties, both alone and in combination with other cannabis compounds, to deliver a wide range of potential health benefits. Terpenes are present in the air whenever you take a deep breath of an aromatic plant, like lavender. Many plants, including Cannabis, lavender, pine, and oranges, have distinctive aromas because of aromatic compounds called terpenes. Yet these chemicals serve more than to give hemp and other plants their distinctive scents. Terpenes provide defense for the plant and may have therapeutic effects when ingested by humans. Keep reading to learn about terpene benefits.

Terpenes are the most abundant and varied class of organic compounds. They can be broken down into mono-, di-, tri-, tetra-, and sesquiterpenes, depending on how many isoprene units they contain. They make up the bulk of plant essential oils and can be found in most plant-based foods. According to Loughrin et al. (2001), terpenes are exceptionally fragrant chemicals that give many plants and herbs their distinctive aromas, including rosemary, lavender, and even certain animals. Terpenes perform various functions, from attracting pollinators (such as bees) to warding off harmful or invasive organisms. The distinctive and “skunky” odors of different cannabis strains have long been attributed to volatile sulfur compounds (VSCs). terpenes play a significant role; if not the whole aroma, at least a significant portion of it comes from the terpenes in your preferred cannabis strain.

Different species, from bacteria to animals to plants, benefit from terpene’s ability to defend them against environmental and predatory threats. Terpene can protect a plant against disease, predators, and other species. Terpene is used by many creatures, including humans, for medical purposes and signaling about food, partners, or adversaries. Although terpene includes various forms and types, it is remarkable how many different creatures employ terpene for similar goals.

The terpene is a healthy choice to fight off insects without employing harsh chemicals that might have adverse effects. Numerous insecticides have been developed to eliminate common household pests, including lice and mites. It is crucial in these situations to ensure that these pesticides do not have any negative effects on human beings. Various possibilities, like shampoo, lotions, and sprays, were created against pests incorporating one or more terpenes utilized in the immediate innovation. These naturally occurring terpenes are normally not changed. They were utilized in their raw state, and the environment protection agency in the USA is categorized as “GRAS,” which means Generally Regards as Safe. George et al. (2014) suggested that due to their observed mechanisms of action, certain terpene is extremely efficient against both lice and lice eggs, and resistance to these pesticides is unlikely to emerge. Unlike other sorts of pediculosis treatment, these terpenes-based quick innovations are not neurotoxins.

Terpenes’ antimicrobial qualities, or their capacity to eradicate or halt the development of microorganisms, are often employed in conventional and contemporary medicine. Many terpenes have antibacterial properties. Pinus ponderosa (Pinaceae), spices (rosemary, sage, caraway, cumin, clove, and thyme), Helichrysum italicum, Cretan propolis, Rosmarinus officinalis, and other plants generate terpenes that have antibacterial characteristics. These antimicrobial terpenes have a broad range of antimicrobial activity and may be utilized against food-borne pathogens such as cell extract.

Although Cannabis has many medical uses, its most popular effect is probably the reduction of chronic pain. Terpenes are just as important as CBD and other cannabinoids when relieving pain. Alpha-humulene, geraniol, linalool, and beta-pinene are the four main terpenes in Cannabis. LaVigne et al. (2021) tested the effects of each terpene alone and in combination with WIN55,212-2. This synthetic cannabinoid agonist mimics the body’s effects of naturally occurring cannabinoids. When a cannabinoid like THC enters the body, it binds to the CB1R or CB2R cannabinoid receptors. When the receptor is engaged, neurons that control our bodies and actions become active. All four terpenes were found to activate the CB1R in laboratory experiments, similar to that of THC. Terpenes not only relieve pain by binding to cannabinoid receptors but also boost the effectiveness of cannabinoids by creating an “entourage effect.”

Their ability to kill off malaria-causing plasmodium parasites has piqued interest as a possible antimalarial treatment. The antiviral effects of monoterpenes have been investigated. According to Beukes et al. (2014), certain terpenes have shown promise for cancer and diabetes treatment. Terpenes may be taken in several different ways, and they have been shown to lessen the adverse effects of several medications. Terpenes have the potential to enhance the cannabis experience while reducing any negative effects. THC binding to cannabinoid receptors and blood-brain barrier permeability may be affected by terpenes, a class of cannabis plant compounds. Some terpenes may mitigate the impairment of short-term memory caused by THC usage.

The therapeutic applications of terpenes are almost limitless. The health advantages of cannabis terpenes are just beginning to be explored. The large variety of cannabinoids and terpenes in Cannabis suggests that full-spectrum products may provide more comprehensive health advantages to consumers. This data should be used with caution. Most research on terpenes and health has been conducted using isolated chemicals and animal models. More study is necessary to fully understand the interconnected web of effects that terpenes and cannabinoids have. According to anecdotal evidence from aromatherapy patients, terpenes have been shown to provide several health advantages.

WHAT DO TERPENES DO?

WHAT ARE TERPENES USED FOR

WHAT ARE TERPENES IN BROAD SPECTRUM HEMP EXTRACT 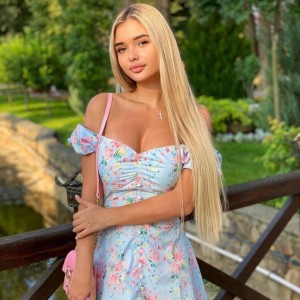 Have you been vaping and worried about it being detected in a drug test? Do not

Do you know you can test positive on a drug test if you use CBD? This

WHY ARE CBD VAPE PENS SO POPULAR?

Since the FDA loosened some of the tight laws on cannabis, there has been a recent

CBD tinctures and capsules are two ways to take CBD, each having pros and cons. CBD

Tinctures provide an immediate effect in the body compared to capsules, although their effects are short-lived.